Big game companies could probably use a manual for acquiring game companies at a time when such acquisitions have reached an all-time record. In the first quarter, the money for acquisitions, public offerings, and investments hit $39 billion, more than the $33 billion for all of last year, according to InvestGame.

So it seems timely for the whole game industry to step back and think about the right way to do acquisitions. We had a couple of executives from mobile game publisher Scopely talk about this subject at our recent GamesBeat Summit 2021 event.

Nick Tuosto, managing director of Liontree and cofounder of Griffin Gaming Partners, moderated the session with Tim O’Brien, chief revenue officer at Scopely, and Amir Rahimi, president of games at Scopely. I also interviewed Aaron Loeb, chief business officer at Scopely, about the company’s culture that enables acquisitions to succeed. In those conversations, we extracted some lessons that all companies could use in making mergers work and distilling the right culture for game companies.

Rahimi became a part of Scopely after the Los Angeles company acquired FoxNext Games, the game division of the entertainment company Fox. Disney acquired Fox and then chose to spin out its game division. That deal in January 2020 was the end of a long journey for Rahimi, who was part of TapZen, a studio that was started in 2013 and was first acquired by Kabam in 2015 to make mobile games. That was the first of six different transactions that Rahimi was part of over seven years as the studio was passed around from owner to owner and finally found its home at Scopely. 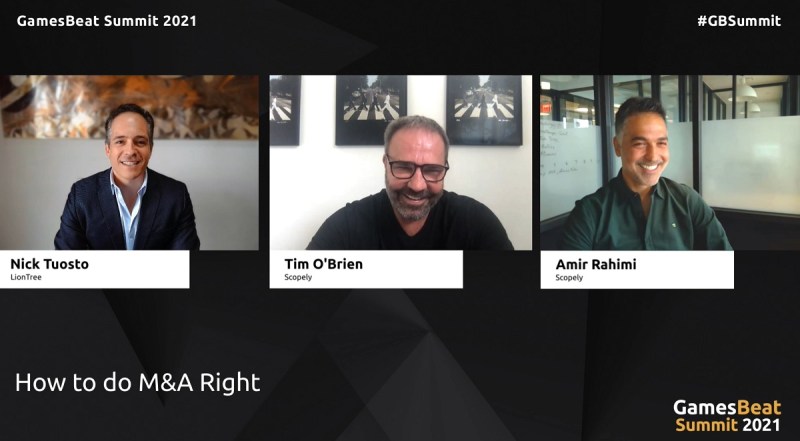 That involved a “process filled with twists and turns and drama,” Rahimi said during the session. Rahimi’s studio in Los Angeles had managed to launch Marvel Strike Force, a free-to-play fighting game in 2018. And in 2020, under Scopely’s ownership, Marvel Strike Force grew its revenues more than 70% to $300 million. It was a big hit, and it became an even big after the Scopely deal.

What’s amazing about that result is that the growth happened during lockdown and as Scopely was integrating FoxNext Games into the company, a task that O’Brien was heavily involved with as an executive on the buying side.

“We were sort of anti-remote work. When shelter-in-place hit, I was terrified and then was subsequently blown away by how well the team rallied and stayed focused and productive,” Rahimi said. The deal closed in February, right before everything shut down. In terms of the transition from Disney to Scopely, it was a model for how to do M&A.”

It took about eight months to get the deal done. Rahimi said his team spent a lot of time getting to know O’Brien and the Scopely team. They knew their visions for the future were aligned.

“They created the optimal conditions for us to thrive,” Rahimi said. “We talked about how we could power up my studio.”

O’Brien said the whole plan to have gatherings and dinners was no longer possible in the pandemic. But the company had to make a lot of decisions to put the team members first, he said.

One of the things that Rahimi liked was that Scopely gave Rahimi’s studio creative freedom to make the right decisions for Marvel Strike Force and other games such as an upcoming Avatar title. Rahimi said Scopely’s leaders understood that the team was functioning well and it needed support, rather than a change in direction.

“I personally feel more empowered at Scopely than I have anywhere,” Rahimi said. “That allows me to empower my people and that benefits everyone. Unfortunately, there are companies that approach M&A in a very different way. They make changes in leaders or modify game concepts or swap out intellectual properties. And that proves to be disruptive.

“The team went for it, and those decisions paid off,” Rahimi said.

Scopely did know where it had to make investments, and that was in marketing and acquiring new users, Loeb said in our fireside chat. It knew it had to do this in order to capture the players for the long term. Scopely applied its talent in user acquisition, something that it handles through its central technology services, and that really paid off, Rahimi said. That helped the game find new audiences around the globe. O’Brien said that the combination of the two companies led to the growth acceleration for the game and all of the game’s key performance indicators, such as how often players will play the game in the week. Scopely has also added a lot of the FoxNext Game team members into leadership positions at Scopely.

“We knew we could learn as much from them as they could from us,” O’Brien said.

How culture matters too

One of the new leaders at Scopely is Aaron Loeb, chief business officer, who was also president of FoxNext Games before the acquisition. I also spoke with Loeb in a session at the GamesBeat Summit 2021 event about how Scopely is gathering its learnings into what it calls the Scopely Operating System. It’s really more about all of the processes and culture at Scopely. That’s all in service of becoming the definitive free-to-play game company, Loeb said.

“Our tools, our technology, everything is built around enabling the vision of the game team to go and do what they’re seeking to do to grow the game based on their vision,” Loeb said. “Scopely is really focused on the core problem set of making a great game, which is going and finding the right talent, the right leadership, people with a vision for what they want, and then supporting them with both the right technology but also the right resources to go out and actually chase that vision.”

Loeb said that Scopely had a game that was lost in the wilderness. It decided to restart the effort and reconstitute the vision.

“It pushed through those dark hours the soul when it looked like they couldn’t make it,” Loeb said. “That game is now one of our biggest hits.”

Above: Scopely has expanded to a 60,000-square-feet space in Culver City.

Loeb said one of the things that defines the culture is humility.

“This culture starts with hiring the smartest people you can find who are also really humble, who are excited about learning from each other,” Loeb said. “Our culture is a learning culture. We often talk about the company as a learning machine.”

The lesson of that for other companies is that it’s easy to fall into a pattern of operating with blinders on, with a focus on execution. But Loeb believes it’s important to question the pattern and have a desire for learning new ways of thinking. It turns out this way of thinking at the company is good for players too. It leads to changes in the experience for gamers, even in areas that were previously thought as solved problems.

“Our people are incredibly dedicated to challenging their own assumptions,” Loeb said. “We are, we are skeptical of opinions, particularly our own. And I think that that’s a really critical factor to building a great learning culture.”

GamesBeat’s creed when covering the game industry is “where passion meets business.” What does this mean? We want to tell you how the news matters to you — not just as a decision-maker at a game studio, but also as a fan of games. Whether you read our articles, listen to our podcasts, or watch our videos, GamesBeat will help you learn about the industry and enjoy engaging with it.

How will you do that? Membership includes access to: 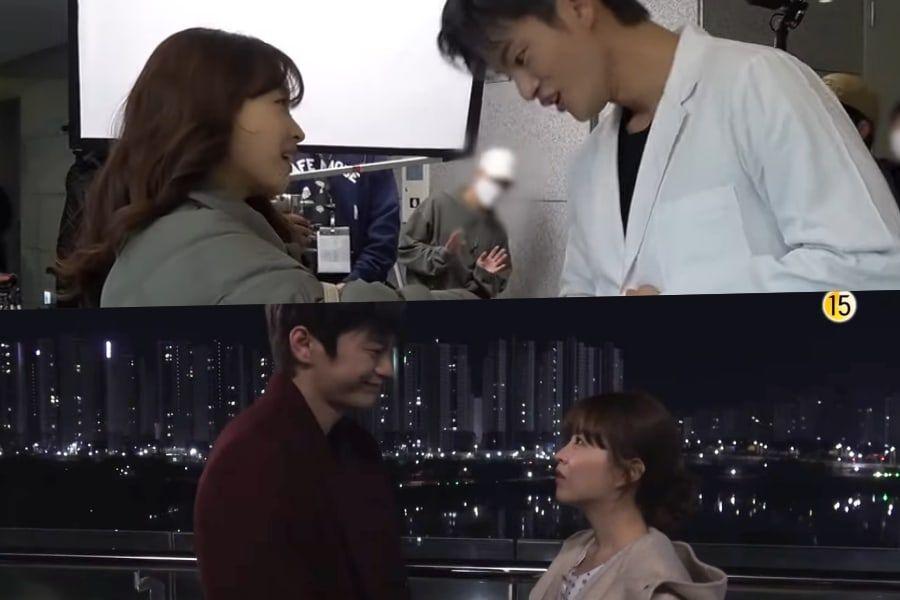